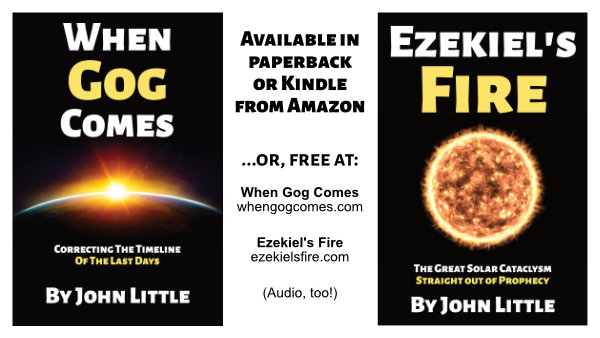 All of my books are dedicated to the well-being of the Body of Christ. Therefore, I cannot charge for them. They are free, here:

If you want the paperback or Kindle version:

When Gog Comes: Correcting The Timeline Of The Last Days
https://www.amazon.com/dp/B0BFFW1QBX

(I set the price to the lowest that Amazon would allow.)

The first edition of Ezekiel’s Fire came out in 2012. As I realized the seriousness of our situation, new editions came out in 2013, 2014, 2016, 2021 and then 2022. And yes, that’s a lot of writing. Each edition was the result of new discoveries in the Bible and in the science. Solar flares became superflares and then micronovae. And then, in 2016, I realized that no one understood when this would happen.

In fact, so few understood the timing, that I wondered at my own understanding. That’s when I started my own search of the Bible to verify what God says about when Gog and Magog come. Not only were my worst fears confirmed, but I discovered that our situation was even worse.

I thought that I had a good understanding of Revelation. But, I now know that my interpretation was deeply flawed. Worse, I have yet to find anyone who can explain this book properly. And, it’s all because of Revelation 6.

We think that we know what the first four seals are. The Four Horsemen of the Apocalypse sound a lot like what we’ve seen before, just much, much worse.

Up till now, we’ve twisted Seal Six out of shape, along with the rest of the Book of Revelation, because that Seal was too much for us to comprehend. Well, now we can, and it’s time to reset our understanding of the Last Days by looking again at… 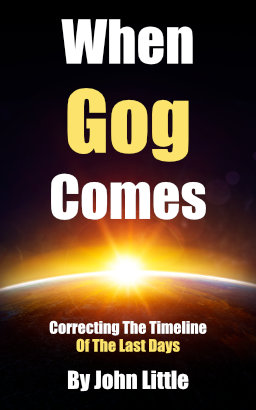